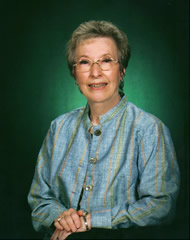 Trudy Andresen became the CEO after the passing of her husband, Jack Andresen. Trudy had been an integral part of ETS for almost 20 years, managing HR, PR, and many other facets of the business.

After a career of many years in nursing and health education and hospital administration, Trudy joined Energy Transformation Systems, Inc. in 1988. Having held various positions in the health care industry gave her unique experiences which could easily transfer to business management.

Her first position was as Human Resources Manager where she expanded, clarified, and codified ETS policies and published an ETS Policy Manual. Having been the San Mateo American Red Cross Director of Health and Safety Education prepared her for the rigorous Hazardous Materials regulations; while hospital management and heading hospital education departments in NYC and California laid the cornerstone for management practices.

The NYC Hospitals' experience plus a short stint as a psychotherapist gave her insight and understanding of the multi-ethnic diversity ETS afforded. In 1994 she was made Secretary of the Board of Directors. 1999, she became Director of Operations and gradually took on more day to day responsibility.

She loves the challenge of running a small company, working with a terrific staff that makes everything possible and most of all, the ability to continue the work Sig and Jack created. You can't get any luckier than that! 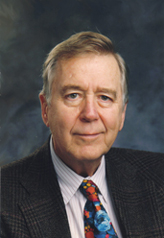 Jack was an early pioneer in the innovation, design and manufacture of baluns, hubs and premise wiring devices in Silicon Valley starting as early as 1981. An engineer at a small company called 3Comm with approximately 6 employees, asked Jack... Could he design a product where data signals could be sent over copper wire? Thus, began the transition of Electronic Transformer Service, a custom magnetics company, to a local area network company.

Jack was a graduate (B.S.E.E. and MBA) of the University of California at Berkeley where he was a Ford Fellow. After a career in various aspects of strategic and business planning at IBM World Headquarters in New York , Jack joined his father at Electronic Transformer Service in 1980.

With the advent of personal computers and the local area network, Jack grew ETS to a multi-ethnic company of 120 plus employees where 25 different dialects of language were spoken. His production floor design allowed all employees to sit around workbenches where conversation and work flowed freely. Office doors were always open and management tended to be flat, i.e.There were many Indians and few chiefs! Individual responsibility was key to every job whether you designed products, built products or counted beans. As a testament to his hiring/management style, many of the initial employees continue to work at ETS. He was pre-ISO by insisting everyone check the previous person's work and testing all products before being shipped. Hence high quality has always been a hallmark of every product produced at ETS, from design to production.

Jack was an active member of the IEEE for many years, including chairman of its Pension Policy Committee, TIA/EIA and ANSI S3T11 committees. Through the IEEE, he was instrumental in getting ERISA written and passed through Congress. In addition to the many Tech Talk articles, Jack was widely published under the auspices of the IEEE and the University of California. 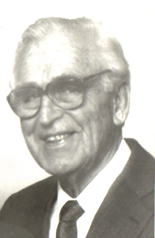 Sig, Jack's father, was the owner of ETS from 1967 until Jack joined him in 1980. Sig was a well-known electrical engineer (B.S.E.E University of British Columbia, Vancouver, Canada) who had been instrumental in the innovation and design of early sound equipment for movies. He held several patents for early movie sound equipment.

Both of these men loved innovation in the voice, data, and video area of electronics. It was their passion. Many of their ideas have been copied; however Sig and Jack were the early pioneers as this technology emerged.